January Winter Intensive is a time to renew your resolve to practice, to warm up your internal engine in the cold of winter, to come together with your fellow dojo members and support each other in taking a significant jump in progress.  This year's theme is:
Sense What’s Behind You.
The new year is an excellent time to look in the mirror (kagami),break our old habits (biraki) and resolve to improve ourselves. I invite you and challenge you to step up your training this month...

Read more of this post on the newhome for Dojo News blog posts:


This site will remain the home of Member Resources!
Check here at the blogspot for study guides, articles, links to great sites to supplement your training.


Posted by Suzane V. No comments:

Dojo will be closed for the New Year holiday Jan. 1 and for the MLK Jr. Holiday Jan 15.

Winter weather note:
Extreme weather conditions may lead us to cancel a class from time to time. Check Upcoming Dates page if you’re wondering whether class is on. We’ll post a notification as soon as we make the determination.
Please save the link and check often:

*If we ever need to cancel class due to inclement weather, we'll post a notice on Upcoming Dates.

Multnomah Aikikai is proud to host Elizabeth Lynn Sensei and Darrell Bluhm Sensei, teaching aikido together for the first time in a seminar Dec 1-3, 2017.

This seminar is a celebration and honoring of their promotion to 7th dan. Please join us for a special weekend of training. 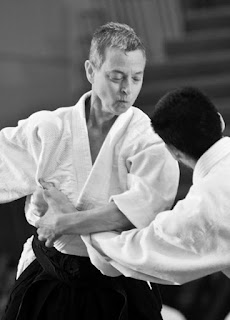 Lynn Sensei began training in Aikido in 1971. She trained in Chicago under the late A. Tohei Shihan, and continued her training in San Francisco and in Berkeley, CA. From 1990 -- 1994 she was kenshusei in the teacher's training program conducted by I. Shibata Shihan at Berkeley Aikikai. She founded Eastshore Aikikai in September 1991.  She was General Secretary of the United States Aikido Federation, Western Region, from 1984 -- 2001, and General Secretary of Birankai North America from 2001 -- 2006. In April, 2007 she was awarded the title of Shihan in BNA by T. K. Chiba Shihan.  She is the current Chair of Birankai North American Senior Council. 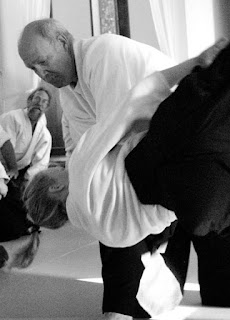 Darrell Bluhm Sensei began his Aikido training in 1970 as a student at UC Santa Cruz. In 1973 he spent two months living at the Iwama dojo in Ibaraki prefecture, Japan, training with M. Saito Shihan, as well as time training at Hombu dojo in Tokyo. In 1981 he became a student of T.K. Chiba Shihan and a founding member and assistant instructor of San Diego Aikikai. In 1983 he founded Siskiyou Aikikai in Ashland, Oregon where he has taught Aikido and Tai Chi Chuan for the past 33 years and the Feldenkrais Method for 20 years. In 1996 he was promoted to 6th Dan, in 2002 awarded Shihan title by Chiba Sensei, and in 2006 received Shihan recognition from Doshu M. Ueshiba at Hombu Dojo. He serves as a member of the BNA Senior Council and as the BNA representative to Aikikai Hombu Dojo.

Enjoy this video clip of Bluhm Sensei teaching at Bucks County Aikido in 2013:

Check our seminar schedule, prices and directions to the dojo:
http://multnomahaikikai.blogspot.com/p/mark-your-calendar-for-these-upcoming.html

Ready for your First Course in Aikido? 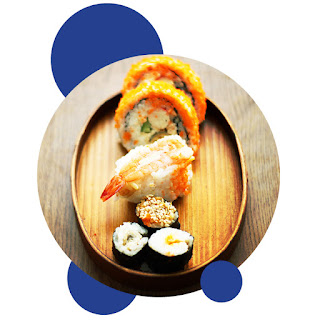 Aikido practice is tasty and nourishing! Ready to dig in to your first course? For the first day, plan to arrive about 15 minutes before class.  We'll get you registered and ready to roll.

Plan to wear something comfortable you can move in. Be prepared to practice barefoot. Before stepping onto the mat we’ll ask you to clean your feet and remove any jewelry.

How to register:
Download and fill out the application form; you can bring it in with you on your first day. Make your payment for "First Course" through our online payment portal.

A free taste of Aikido at the Aikido Appetizer Open House

We invite our Portland neighbors, our extended dojo community and anyone curious about the art of Aikido. 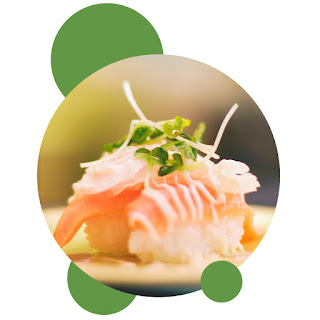 Free!
Enjoy a taste of what the practice of Aikido is all about. Get ready for fun! This is an ideal opportunity to experience Aikido firsthand. This free event is open to both adults and children.

You are invited to our Open House - the Aikido Appetizer! Family, friends, neighbors are welcome! This is a great opportunity to try something new. Here's the schedule:


Any season is a beautiful time to visit the Japanese Gardens but summertime is especially nice.  The warm weather, the lush greenery, and all the sounds that fill the natural space combine to make for a wonderful experience.    Tucked away between what is called the Strolling Pond Garden and the Natural Garden is a curious device made of bamboo called a shishi-odoshi which translates as ‘deer-scarer’.

This dual-purpose fountain and animal chaser consists of a piece of hollow bamboo resting with its heavy closed end against a rock.  A pivot suspends its middle and the open end points up towards the sky as water pours slowly and steadily into it.  Filling up with water causes the center of gravity to change, forcing the open end downward.  This shift dumps its contents, forcing a sudden reversal as the heavy end knocks back against the rock making a sharp sound.  The cycle repeats.

In many traditional Japanese arts, there is a concept called jo-ha-kyu (序 破 急).  The characters can translate in many different ways.  Jo is most commonly means ‘beginning’, ha when isolated can read ‘to break; to ruin; to destroy’, and kyu reads as ‘rapid; urgent; quick’.

The term jo-ha-kyu first appeared in writings around the 14th century by the renowned Zeami Motokyo, creator of the Noh Theatre.  Similar to martial teachings, his writings were hidden away, shared only within families of the Noh theatre, until they were discovered in a second hand bookshop.  He wrote, “Every phenomenon in the universe develops itself through a certain progression.  Even the cry of a bird and the noise of an insect follow this progression.  It is called Jo, Ha, Kyu.”

This progression describes how a Noh actor should raise their arm slowly, hold it momentarily suspended, and then quickly drop it.  It also dictates the composition of the music, progressing towards faster and more climactic tones.  Even the acts of a Noh drama follow this form towards climax.  The bamboo shishi-odoshi fills slowly and just as slowly starts to teeter.  It reaches a point where it suddenly purges itself of its water and rushes back to its stationary position, punctuated with a loud noise.
In partner practice in aikido and iaido, there is a build-up of tension as the pair approaches each other, a sudden break in this tension as a technique is executed, and acceleration towards the end of the form.  The solo practice of iaido kata lends itself well to the study of jo-ha-kyu.  One can isolate movements without interference or distraction.  At more advanced levels of practice an onlooker might be able to imagine an opponent being cut down by the strikes of the practitioner.
What forces work upon the pair or the shishi-odoshi?  It is not simply the bamboo that makes the noise.  Gravity, the water, and the positioning of the bamboo all play their part.
At the beginning of your next practice, you will face the shomen while sitting in seiza.  The calligraphy on the wall is a permanent record of a moment of jo-ha-kyu by the calligrapher.  If the preparation of the ink is not correct, it will be too light or too dark.  If the composition is not considered, the lines and characters will be out of balance.  If the calligrapher lingers or hesitates while writing, ink will pool.  How heavy or light the hand was that held the brush will show in the lines.

How will your next practice begin?  And how will it end? 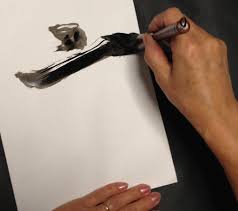 "Let Go of Me!" Self Defense and Embodied Learning workshop

Register
"Let Go of Me!"


If someone takes hold of you, literally or figuratively, how do you release their grasp? 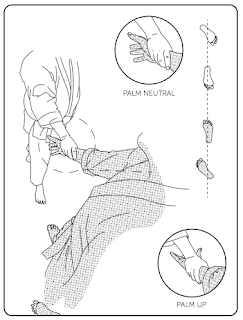 At this event we will explore common wrist grabs, options for response and how you can move your body to release a person’s grip on you. This physical practice serves as not only a metaphor for interpersonal encounters but an embodied learning experience you can carry with you and apply to your everyday interpersonal encounters.


A supple stance, both mentally and physically, allows us to move and adapt to the changing environment. The non-competitive martial art of aikido affords us the opportunity to make the conceptual physical and explore the nuances of communication and leadership in a safe laboratory of embodied learning practice. When we imbue the sensory activities with intention and awareness, the relevancy to our workplace encounters springs to life.

Benefits and outcomes include:


Please be prepared to remove your shoes and participate barefoot. Wear something comfortable you can easily move in. This event is free for dojo members. $25 for non-members. Become a member: http://www.multnomahaikikai.com/becomeamember/